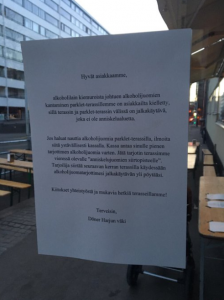 When the Green Bay Packers arrived to North Texas their head coach Mike McCarthy made it clear to his players that he wanted everyone focused in beating the Pittsburgh Steelers, and not distracted by the media.

Green Bay Bay Packers head coach, Mike McCarthy, is aware of the importance of the media in the Super Bowl, but he doesn’t want his players getting distracted by it, so he took the precautions to avoid it. On Monday morning he laid out the schedule that he had prepared for the week, emphasizing his expectations and responsibilities for the team. He doesn’t want his players getting caught up by the environment and misunderstanding their true goal here, which is to defeat the Pittsburgh Steelers rather than simply participating in Super Bowl XVL.

Despite the advice, he wants his Packers to live this wonderful experience to the fullest. With his advice he was just trying to make them realistic about the Super Bowl atmosphere and asking them to be practical. Coach McCarthy doesn’t feel like his team is going to have problems to handle the situation, as he is keeping the schedule pretty similar to the one that his players are used to prior to home and road games, and has become a routine that they like.

One of the things that he wants to avoid is getting far away from their mode of preparation, which Coach McCarthy sees as the strength of his team. He wants to stay true to this style that brought them from the sixth and bottom seed in the NFC, to the opportunity of winning the fourth Vince Lombardi Trophy in franchise history. That is the style that he likes to summarize in one phrase: “the preparation is the prize”. This is the reason why they will appeal to the good job that they are doing preparing the team for the game to counteract Pittsburgh’s Super Bowl experience.

Part of their playoff preparation consisted in turning the pre and post game talk over to their players, as he wants them to have the last words every time. He feels that this has a positive effect as it helps his players to grow as leaders. Throughout the three on the road playoff games that brought the Packers to Super Bowl XLV, quarterback back Aaron Rodgers was voted to lead the prayer and corner Charles Woodson has been responsible for the last words, in a formula that has given them pretty good results so far.

Questioned about his feelings towards the city of Pittsburgh, where he grew up, coach McCarthy didn’t hesitate to admit this his experience growing up there is a big part of who he is, but also made it clear that he is a Packer, and that as one of them he is at Dallas to win the Super Bowl. And with his family coming over to sheer for him at the Cowboys Stadium, he has another reason to claim the Vince Lombardi trophy for the first time in his career.