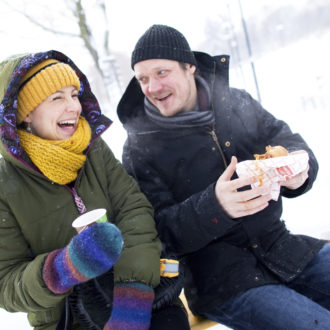 I know we’ve been over this topic a couple time before. It’s just that things keeps on coming on in the news and troubles me a bit. Jim Tressel made the news last year when it was discovered that he had covered up an improper benefit scandal that involved one of his players. This led Ohio State to fire Tressel and now they University will have to appear before the NCAA committee on infractions later on this week. Tressel was forced to resign on May 30 for failing to tell his bosses at Ohio State that he had learned players were trading memorabilia for cash and tattoos, breaking NCAA rules. Tressel was required under his contract and NCAA bylaws to alert his superiors to any rules violations by his athletes. And it’s fine, I guess. Not that he got fired or that he covered up some issues with his players getting some extra perks. I believe that at one point or another, Tressel knew that his players deserved some love, something other then a free tuition for the money they were providing the athletic department and Ohio State as a whole. At some point, Tressel new that he was really the guy making the big bucks, the only one who wasn’t an amateur at no possible level.

Amateur is French for lover; and yes, Tressel could have love the game, but he was the most expensive lover in Ohio State. This is why we are saying this: Jim Tressel made $21.7 million as Ohio State football coach over his decade-long tenure before being ousted for breaking some rules, that is, not paying too much attention to some extra perks his key-players were making. A couple thousand dollars worth of free tattoos and the selling of memorabilia doesn’t really bother me as much as a guy who makes 21.7 million dollars for coaching a group of guys who don’t make a dime. Yes, free tuition. But heck, it’s hard to compare, to even put this figures in the right perspective. Let’s go ahead and break those numbers up a little. During his career with the Buckeyes, Tressel not only got his sweet salary. He received a heck lot of extras. For instance, Tressel was provided football game tickets valued at $104,800, more than $10,000 in Ohio State basketball tickets and over $21,000 in bowl tickets.

Those could sell very well on Ebay, I bet. His contracts also called for him to receive a $200,000 signing bonus in 2003; national championship game bonuses worth a total of $835,000 (Credit goes for Tressel and the Buckeyes who have played for the BCS title after the 2002, 2006 and 2007 regular seasons). That’s not it, somehow he even manage to make some extra money from his player’s academic performance. There was$155,000 in bonuses for Ohio State players hitting certain academic standards. Now, it’s probably not a lot compared to professional coaches in the NFL. But heck, what’s really troubling is that Tressel was making more money, far much more money then the President of Ohio State. By comparison to Tressel’s $3.5 million salary last year, Ohio State president E. Gordon Gee earned a raise in his base salary to $818,167 and received a $300,000 bonus. That’s one third of what Tressel made last year. Just not right.

The main appeal of finswimming is the speed that a finswimmer can reach. The world record for the 50 mts freestyle is 20.91 seconds by Cesar Ciello from Brasil, in finswimming it is 13.98 seconds […] […]

When it comes to summer, a lot of people complain about its hot. They hate the hot of the summer, wanting to go swimming yet don’t have much time. And now these will not bothering […]

For children, water sports have always been adventurous and filled with fun. As a rule of a thumb, the earlier a child gets accustomed to water � the easier he/she will eventually swim. But in […]