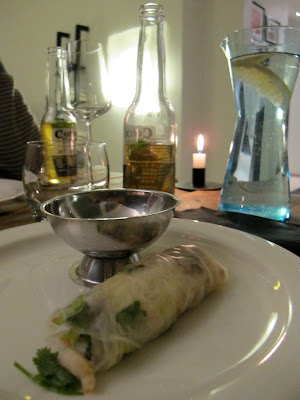 Football has always had a special place in my heart. I remember watching games with my father when I was very young. What got me hooked was the intense passion felt by the fans in the stadium. I used to stand in awe of plyers who seemed to tun and hustle non stop for ninety minutes. Goals would result in a noise that would deafen, as twenty thousand fans roared, clapped and cheered. How could that not be exciting to a seven year old boy?

Some parts of the game would annoy me. I could never understand why players thought that arguing with the referees would change decisions. I also felt that players deliberately fouling their opponents, badly enough for them to go off injured, were below contempt. I like many other fans could never understand why the manager could not see a player playing badly, as thousands of us so clearly could. Was he blind? Fights and bad sportsmanship angered me, as I saw it as players trying to destroy the fabric of the game. I would think of those players as being angry perhaps because their own performance was so bad, they could only get angry, and play unfairly.

So much about football is good though. Twenty two men or women, running for ninety minutes, working together to score more goals than their opponents. The elation that a goal can cause is hard to equal, for players and fans alike. I however also found great pleasure in the more intricate sides to the game. A well placed through ball, the defence catching a forward offside. I used to enjoy watching wingers who could run with the ball, beat their opponents and put in an inch perfect cross. Goal keepers had the biigest tests, as one mistake would ususally result in a goal and an earbashing. Something a striker missing a “sitter”, never would endure. For that a great save by a goal keeper always earned my applause.

Many an hour would be spent by me, in my youth, trying to emulate the professionals I had enjoyed watching as a spectator. My feet were never as quick, and my stamina a long way behind them however. This all made me appreciate just how much skill and endurance is required to play football at a professional level. Playing as an amateur also allows you to see just how important solid and effective tactics are to winning a game. My respect for the mangers who successfully out thought their counterparts grew, the more I realised just how important tactics are. Maybe the mangers know more than the thousands of fans who think a player is ineffective after all.

Key Tips For Playing A Better Game Of Football

Football teams are more than a collection of uniformed guys. Teammates share a real passion for football and a desire to win. Passion drives players to strive for excellence each day. The following article will […] […]

Key Tips For Playing A Better Game Of Football

Football teams are more than a collection of uniformed guys. Teammates share a real passion for football and a desire to win. Passion drives players to strive for excellence each day. The following article will […]

Top Tips And Techniques To Polish Your Football Skills

Many people love football. That fact is not in dispute. It seems simple on the surface, but the sport is anything but. You may be an athlete or a fan, but no matter which, the […]